This line is open. Today it is a commuter line associated with East Kilbride, the new town, it originally opened to serve considerable stone quarries.

It opened to Busby in 1866 and was extended to East Kilbride in 1868. (It was later extended to Hamilton (actually Hunthill Junction, High Blantyre) in 1885.

This is the junction between the line from Glasgow Central to Kilmarnock and the branch to East Kilbride.
... 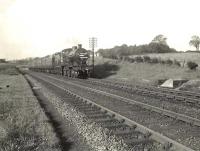 A local train on its way from Kilmarnock to St Enoch approaching Busby Junction from the south on 6 October 1953. The locomotive is class 2P 4-4-0 no ...
G H Robin collection by courtesy of the Mitchell Library, Glasgow 06/10/1953 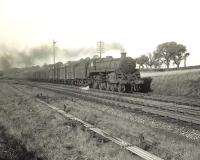 This foundry was on the west side of the East Kilbride line just south of Busby Junction. It was served by a siding controlled from Eastwood Signal Box.
...

This was the signal box for the Argus Foundry siding. It was a short distance from Busby Junction, the start of the East Kilbride line.
...

This is a two platform station not far south east of Busby Junction where the East Kilbride line leaves the Glasgow and Kilmarnock line.
... 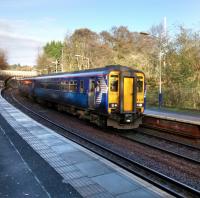 This is a two platform station. The main station building, an original, is on the northbound platform.
... 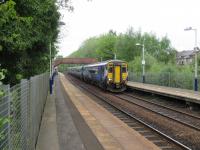 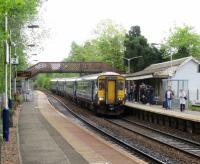 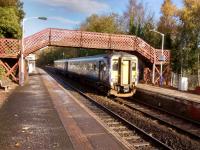 This was a short lived junction between 1903 and 1907. The Lanarkshire and Ayrshire Railway reached Cathcart (for passengers) and Clarkston East Junction (for minerals) from Ardrossan in 1903.
... 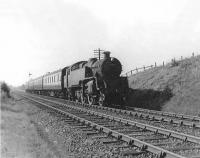 This is a two platform station on the East Kilbride Line. The main station building was on the Glasgow bound platform, with a waiting room opposite.
... 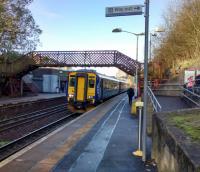 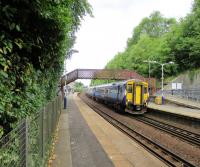 An East Kilbride service at Clarkston on 7 July. As at some other locations the lattice footbridge could seriously do with a coat of paint, at least. ...
David Panton 07/07/2018 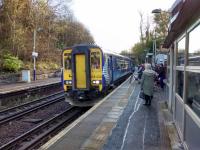 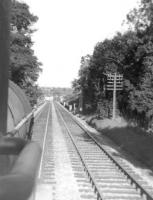 This is a two platform station with staggered platforms - the northbound platform being slightly further north and extended in timber out over a road bridge. The stone built station building and goods shed survive.
... 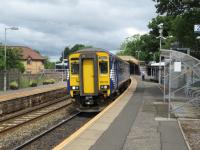 An East Kilbride service calls at Busby on 20 June. It will shortly enter the single track section through Throntonhall and Hairmyres which sadly ...
David Panton 20/06/2018 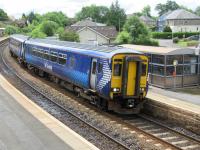 An East Kilbride to Glasgow service pulls into Busby on 20 June. Electrification of this line is surely long overdue, but if frequency is to improve ...
David Panton 20/06/2018
4 of 40 images. more

This is a single platform station. The original stone single storey station building still stands. It is in the smaller Caledonian Railway station style. It is extended at the west end.
... 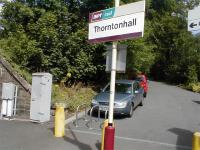 BR Standard tank 80054 nears Thorntonhall with a train on a chilly morning in April 1966, during the final week of steam haulage on the East Kilbride ...
John Robin /04/1966

This signal box, servicing Dripps Quarry which was reached by a zig-zag line, was between Thorntonhall (to the west) and Hairmyres.
...

This is a single platform station. The platform is on the south side of a single line with a large car park to the south. The station building survived into the 1990s, but is now gone. East of the station is Hairmyres Loop.
... 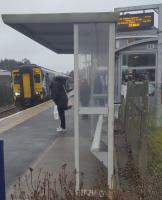 Next stop East Kilbride, as a service from Glasgow Central prepares to leave Hairmyres on 10 June. ...
John Steven 10/06/2009 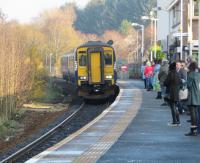 This station has a single platform and is a terminus. A loop at the terminus survived until 2005. To the west, the Hairmyres Loop opened in 1990.
...

Thanks to the lengthy platform at East Kilbride it is possible to stack barrel trains back to back. ...
John Yellowlees 08/03/2016 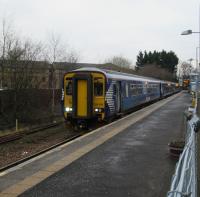 The East Kilbride line reaches its 150th anniversary. There was a plaque-unveiling today at the station by Kiwi Preschool Playgroup with Deputy ...
John Yellowlees 03/09/2018
4 of 56 images. more