This line ran from Sheffield to Manchester via the famous Woodhead tunnel; the line was known as the Woodhead Route. The company was one of the founder members of the Manchester, Sheffield and Lincoln Railway which became the Great Central Railway upon its extension to London. The line was later electrified with DC to reduce costs.

However, much of the route, including the tunnel, is now closed.

Following Corus recent announcement (29/04/2003) of the (partial?) closure of Stocksbridge Steelworks the remaining Sheffield to Deepcar section must be under some degree of threat.

At the east/south end of the closed portion of the Woodhead Route is the former Deepcar station. The station can be seen in the distance in this 2002 ...
Ewan Crawford //2002 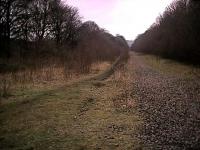 Looking north towards Penistone from just north of Deepcar in 2002. Judging by the remaining ballast here it looks like the southbound track remained ...
Ewan Crawford 12/03/2002
2 of 2 images. 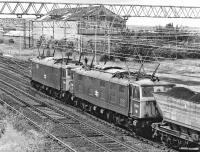 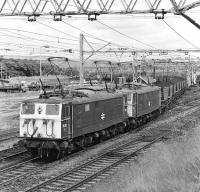 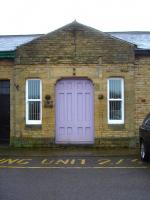 The former main entrance to the Woodhead line platforms at Penistone Station in November 2014, showing the supports and stonework cut-outs where a ...
David Pesterfield 28/11/2014

The nearest it was possible to get to recreate my photo of 30 years earlier showing the limit of remaining track heading west from Penistone Station, ...
David Pesterfield 19/05/2018

Many changes have taken place around Penistone Station and surrounding railway environs, as seen in the attached view of the location of the former ...
David Pesterfield 19/05/2018

A closer view, looking west along the Trans Pennine Trail created along the trackbed of the former Manchester to Sheffield and Wath via Woodhead ...
David Pesterfield 19/05/2018
4 of 28 images. more 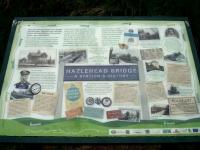 A display board sited near the former Hazelhead Bridge station detailing the Trans Pennine Trail now running along the trackbed of the Manchester to ...
David Pesterfield 01/06/2016 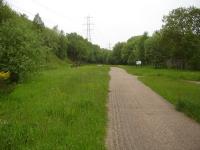 Looking west along the very wide section of former trackbed and sidings close to the site of Hazelhead Bridge Station, on the Manchester to Sheffield ...
David Pesterfield 01/06/2016 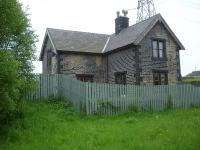 View, from the junction of the A628 Woodhead Pass and the road passing Dunford Bridge Station, towards Round Hill in October 2018. The distant ...
David Pesterfield 20/10/2018
1 of 1 images.

Looking south across Woodhead Reservoir, from the A6024 Woodhead Road running from Holmfirth to the A628, showing the trackbed of the former Woodhead ...
David Pesterfield 18/01/2017

Looking east along Woodhead Reservoir, from the A6024 Woodhead Road running from Holmfirth, showing the trackbed of the former Manchester to Sheffield ...
David Pesterfield 18/01/2017

Looking at a very well built, and still in use, underbridge running through the embankment of the former Woodhead line a short distance to the west of ...
David Pesterfield 18/01/2017
1 of 1 images.

Looking back towards Manchester from the platform at Hadfield. This was once of course the Woodhead main line but is now a single track from the ...
Mark Bartlett 01/09/2015 Another grab shot from a Hadfield bound train at Dinting on 16th June 2017. This view looks across to the Glossop branch platform, which the train had ...
Mark Bartlett 23/06/2017

Grab shot from a Hadfield train of the main line platform at Dinting on 16th June 2017. This platform is still used by a few rush hour trains ...
Mark Bartlett 16/06/2017 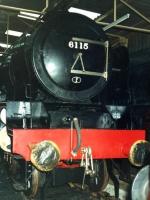 6115 Scots Guardsman in the display shed at the former Dinting Railway Centre on 5 January 1980. Other locomotives on display that day included ...
David Pesterfield 05/01/1980
4 of 14 images. more

323223 heads east from Broadbottom towards Dinting on a Glossop and Hadfield service. The EMU is just about to pass the old goods shed, now in ...
Mark Bartlett 28/12/2012

The 1847 station building at Broadbottom is in near original external condition, despite a pub having been incorporated into part of the building. The ...
Mark Bartlett 28/12/2012
3 of 3 images.

A Manchester to Hadfield service departs Guide Bridge on 02 June 2018 under OHL structures that formerly supported the Manchester to Sheffield and ...
John McIntyre 02/06/2018 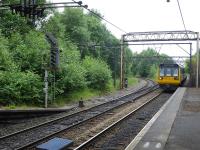 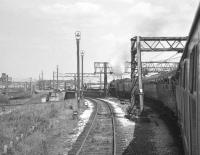 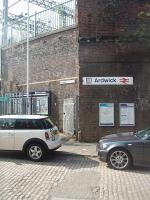 If you search hard enough around the back streets of East Manchester you may eventually find the entrance to Ardwick station. A main road runs close ...
Mark Bartlett 03/08/2011 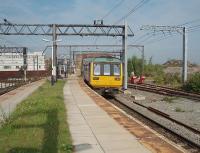 Looking across to the LNWR lines from Ardwick's deserted platforms, situated on the old Great Central route. Northern EMU 323237 is approaching ...
Mark Bartlett 03/08/2011 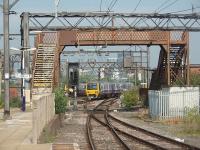 Framed by the footbridge that provides the sole access to Ardwick's island platform, 323229 passes over Ardwick Junction on its way to Stockport. The ...
Mark Bartlett 03/08/2011
4 of 4 images.