This freight line is closed. It later became the Lochty Light Railway or Lochty Private Railway.

This was a four way junction between the 1854 Leven Railway and the 1898 East Fife Central Railway and Kirkland Yard (North British Railway) (around 1910).
...

This goods station was to the south of Kennoway itself. It had a loop and sidings on the north side, served from the east.
...

This goods station was on the north side of the single track line, and served from the east.
...

This was a goods station with a loop and series of sidings to the north, served from the west with a loading bank.
...

Served by a branch to the east of Largoward Goods. The siding was served from the east.
...

After closure of the East Fife Central Railway a short portion was retained at the east end running from here to Lochty. This line was the Lochty Private Railway.
... 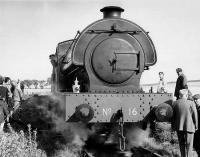 Former Wemyss Private Railway No 16 at Knightsward on the Lochty PR in the mid 1970s with the late Ian Fraser bottom right. Hornby has announced a OO ...
Bill Roberton //
1 of 1 images.

This was a goods station, the terminus of the East Fife Central Railway. There were several sidings served from the west and a loop to the south.
... 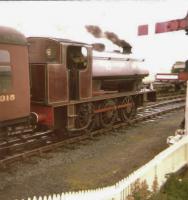 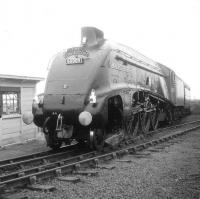 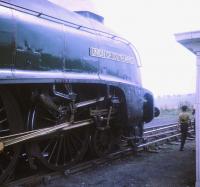