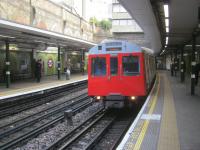 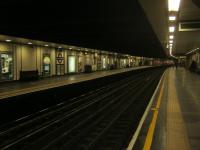 LUL D78 stock with a District Line service to Wimbledon at Temple station, on the evening of Sunday 13th January 2013 when it was snowing outside. ...
David Bosher 13/01/
1 of 1 images.