Plans are on track for steam trains to roll regularly into Haywards Heath railway station for the first time since the 1960s - although not for ten years or so yet. The Bluebell Railway, which a year ago extended its preserved steam service from Sheffield Park in East Sussex through to East Grinstead, has now set its sights on Haywards Heath. Land has been set aside for the Bluebell Railway to build a station in the town, said Chris White, the railway’s infrastructure director, speaking to the Mid Sussex Times. 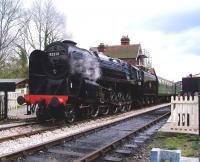 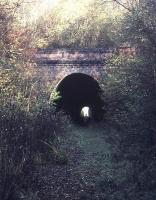 Midway between Ardingly and Horsted Keynes is Lywood Tunnel, seen here in 1977. Reopening of this stretch of the line features in the long term plans of the Bluebell Railway to extend the line back to Haywards Heath.
Location: Lywood Tunnel
Company: London, Brighton and South Coast Railway
//1977 Ian Dinmore