In the grounds are the College Bow, an arch left from the Collegiate Church of St Mary which stood on the site now occupied by Dumbarton Central. The bow was the only part of this building, other than a bell shaped stone tablet now at the Dumbarton Library, to survive the reformation and also survived the railway construction in 1850 by being moved first to Church Street and then, on the opening of the municipal building, to its grounds.

Also in the grounds are 'McFarlan's Hurdles', three cannons from Burma presented to the town by the then provost Robert MacFarlan around the opening of the municipal building. These date from the Third Anglo-Burmese War, in which the Dennys had some interest as they built whips for the Irrawaddy Flotilla Company.

On the south side of the building is a statue of Dr Peter Denny who oversaw an expansion of the Denny Shipyard on the River Leven. 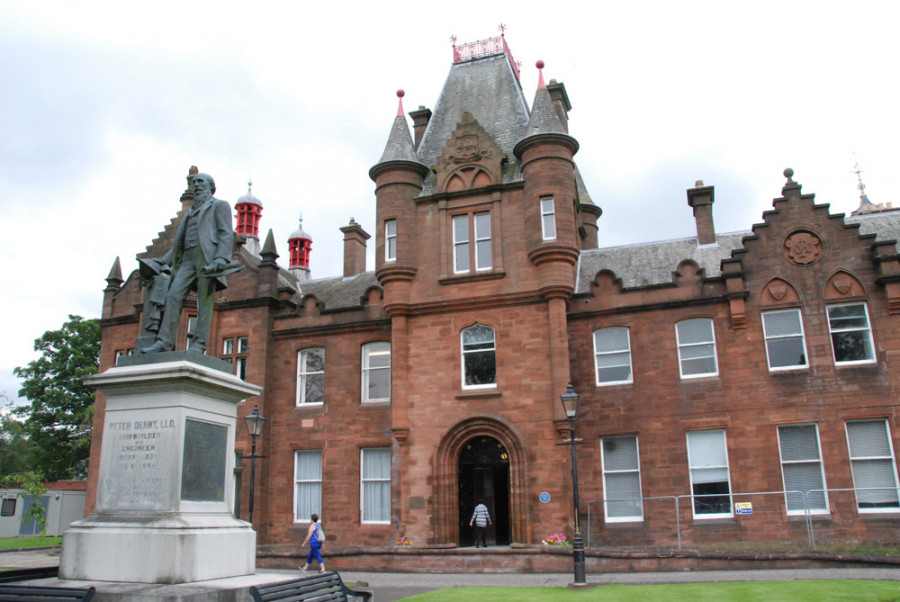