Cummertrees: The old station at Cummertrees, Dumfriesshire, photographed looking north west from the car park of the adjacent village hall in May 2008. On the left of the picture the ex-G&SW main line can be seen heading for Dumfries, while the town of Annan lies 3 miles off to the right. Cummertrees lost its passenger service in 1955.

Daventry International Rail Freight Terminal: A landslip at Kilsby led to a Northbound closure of the WCML from 27th January 2021, and diversions via Northampton. On 9th February this bright red Voyager contrasts vividly with the surrounding (inevitably short-lived) snow. Beyond the fence, 66004 heads for the Eddie Stobart sidings to do some shunting.

Clydebank: Clydebank station building in Strathcylde Transport colour scheme seen in March 1998. Was this ever a good look?

Burghlee Ground Frame: End of the line. Burghlee ground frame location in the 1990s after lifting of the Bilston Glen Colliery approaches. This view looking south to the colliery site. 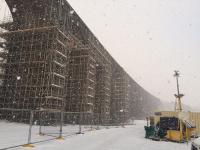 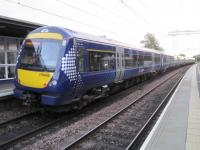