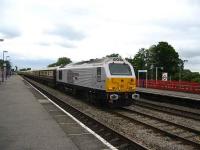 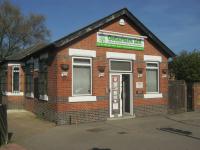 The former entrance to Sudbury Hill Harrow station (previously with brackets around the Harrow part of its name) on the Chiltern Line to and from ...
David Bosher 09/04/2014 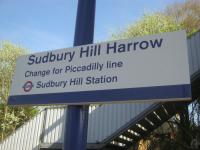 Sign at Sudbury Hill Harrow station (which previously had brackets around Harrow) on the Chiltern Line to and from Marylebone, seen on 9th April 2014. ...
David Bosher 09/04/2014

A western region Warship takes a train from Birmingham through Sudbury and Harrow Road station towards London in May 1963. Final destination on ...
Robin Barbour Collection (Courtesy Bruce McCartney) 25/05/1963